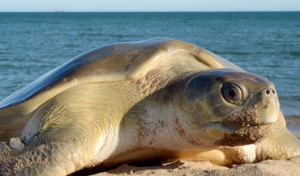 Flatback sea turtles, with the scientific name Natator depressus, get their name from their flattened body.

These turtles, which were earlier thought to be a type of green turtles before 1988 when they were identified to be separate, have been found to show some distinct behavior from the other sea turtle species.

Here are 12 interesting facts you may not have known about flatback sea turtles, which kids can also find to be fun.

1. Flatback sea turtles can be recognized from the other sea turtles by their flat bodies, smooth carapace (shell), and the presence of a pair of prefrontal scales at the front of their heads.

They also have on their carapace four pairs of coastal scutes.

2. Where do flatback sea turtles live? They are mainly found in Australia, in fact, they are also known as Australian flatbacks.

They nest only in Northern part of Australia, but could migrate to as far as the coast of Papua New Guinea and the Indonesian archipelago for food.

3. Their habitat is shallow, murky, inshore waters, unlike other sea turtles which live in clear coaster waters.

4. The shell or carapace is olive gray in color while the plastron (the underside) is pale yellow.

5. What do flatback sea turtles eat? Flatback turtles are majorly carnivorous (feeding on flesh), they eat a variety of sea cucumbers and crustaceans, including mollusks, squid, and soft corals.

6. A full grown flatback may weigh up to 90kg and reach a length of 1m.

7. Like other sea turtles, flatbacks produce babies (breeding) through laying and hatching of eggs.

Female flatbacks return to the ground where they hatched to make their own nests. 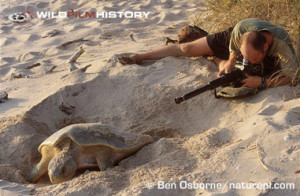 Using her back legs, the female flatback digs out a hole, which serves as a nest and buries her clutch of eggs in it.

She then uses her flippers to scatter sands around the nest to disguise it from being identified by predators.

Unlike other marine turtles however, flatbacks lay the lowest number of eggs, which is averagely 50 eggs.

Other sea turtles can lay as much as 200 eggs per nesting. As though to compensate for their lower number of eggs, flatback’s eggs and hatchlings (babies) are larger than those of others.

They are also first to reach sexual maturity than hatchlings of other sea turtle species.

8. Flatback turtles can nest up to four times in a season, with the space between two nesting periods between 13 and 18 days.

9. Nesting occurs in November and December along the sand dunes and steep, sloping beaches of Northeast coast of Australia during summer (Australia summer).

10. The eggs hatch about two months with the hatchlings digging themselves out of the nest.

They emerge at night, and with the aid of the light from the sky reflected by the sea, they are able to move to the sea. 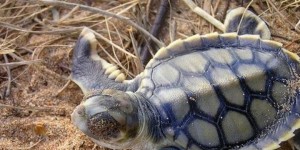 They must get to the sea before morning to avoid being eating up by predators or killed by the heat from the sun.

12. Like other sea turtles, they are endangered by predators and a number of human activities, including fishing and housing developments at coaster areas which have destroyed their habitats and nesting grounds.

Fishing activities have been responsible for the death of a lot of flatbacks as they are mistakenly caught in fishing vessels.