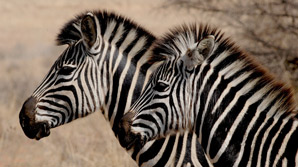 Zebras are some of the world’s most fascinating animals.

Zebras are no doubt some of the most beautiful animals in the world. If you are fascinated by this animal and want to know more about it, then this post presents interesting facts about the animal, as well as pictures to make the learning process fun.

The zebra is from the kingdom of Animalia, from the class of Mammalian, from the family of Equidae, from the genus of Equus and of subgenus of Hippotigris and Dolichohippus, the scientific name is Equus quagga .

Zebras are very much related to the horses and donkeys; they can be said to be a single hoofed kind of animal that live in Africa.

The zebras have difference species which include:

The plains zebra can further be divided into sub-species:

Now, here are 16 more amazing facts about the zebra you will find really fun too:

1. No two zebras have the same pattern of stripes on their bodies. This is similar to the fingerprint in humans, no matter how similar the stripes look on a closer view you will notice that they are not the same marking. 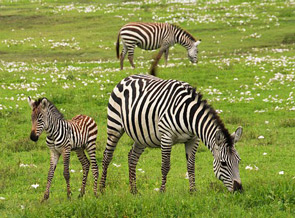 Zebras give birth and feed their babies on milk.

2. Zebras always move in groups known as herd. When an individual from a herd is attacked, others will look for possible means of rescuing it.

3. In the herd they have the stallion who is the male; he is the one that leads the herd. There are mares, the female zebras, and then the foals, which are baby zebras. Normally, the stallion will give a warning signal when he foresees danger for the mares and foals to run while he stays at the back of the herd to guard them.

4. What do zebras eat? Zebras feed on mainly grass, which causes them to migrate to very far distances in search of food; other parts of plants like leaves and twigs also form their diet.

5. At birth the stripes on the body of the foals are brown and white, but as they grow to adulthood the brown will keep on changing until it completely turns black and white stripes.

6. Where do zebras live? All species of zebra live in Africa though all have their different country area.

7. This animal has different ways they communicate to one another, for instance, opening of their eyes very wide or bared teeth, expressions on their face, position of their ears growling, inhaling, yowling and howling all have their meaning.

8. Zebras are well social, and it is only when a zebra is close to another that he/she will think of sleeping; one will sleep while the other stand awake so that the sleeping zebra will be alerted when enemies come around.

9. The female zebra uses the period of 12 – 14 months for gestation, after which she delivers the baby zebra which is usually one per birth. At birth the foal does not weigh more than 40kg and can walk at birth.

10. The mother zebra tries to keep away other zebras from her foal for two to three days for the baby to recognize her when it sees her.

11. The baby zebra cannot survive on their own without the mother’s milk for at least the first one year of their life. It is from their mother’s milk they get the whole nutrients they need for their first year. They continue to grow until three to six years old when they get completely mature.

12. How long do zebras live? Zebras live an estimated age of 25.

13. Zebras strengthen the relationship between one another through the use of joint groom. 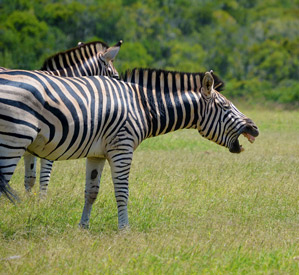 Zebras communicate with themselves by making sounds.

14. They have well developed ears and eye sight; endowed with amazing stamina to run at a very fast pace, such that they can run 65km/h and also in zig- zag manner to escape from predators that are chasing them.

15. Young zebras are all close to their mother though male babies form powerful bonds with their father.

16. The stripes on the bodies of zebras are used as symbols of harmony in some customs while in some other cultures, the zebra is an icon that stands for balance, certainty, and agility.

Do you have additional facts about the zebra? If you do, please share them in the comment box below.